Is it possible human senses alone can detect the psychotropic spectrum of cannabis? 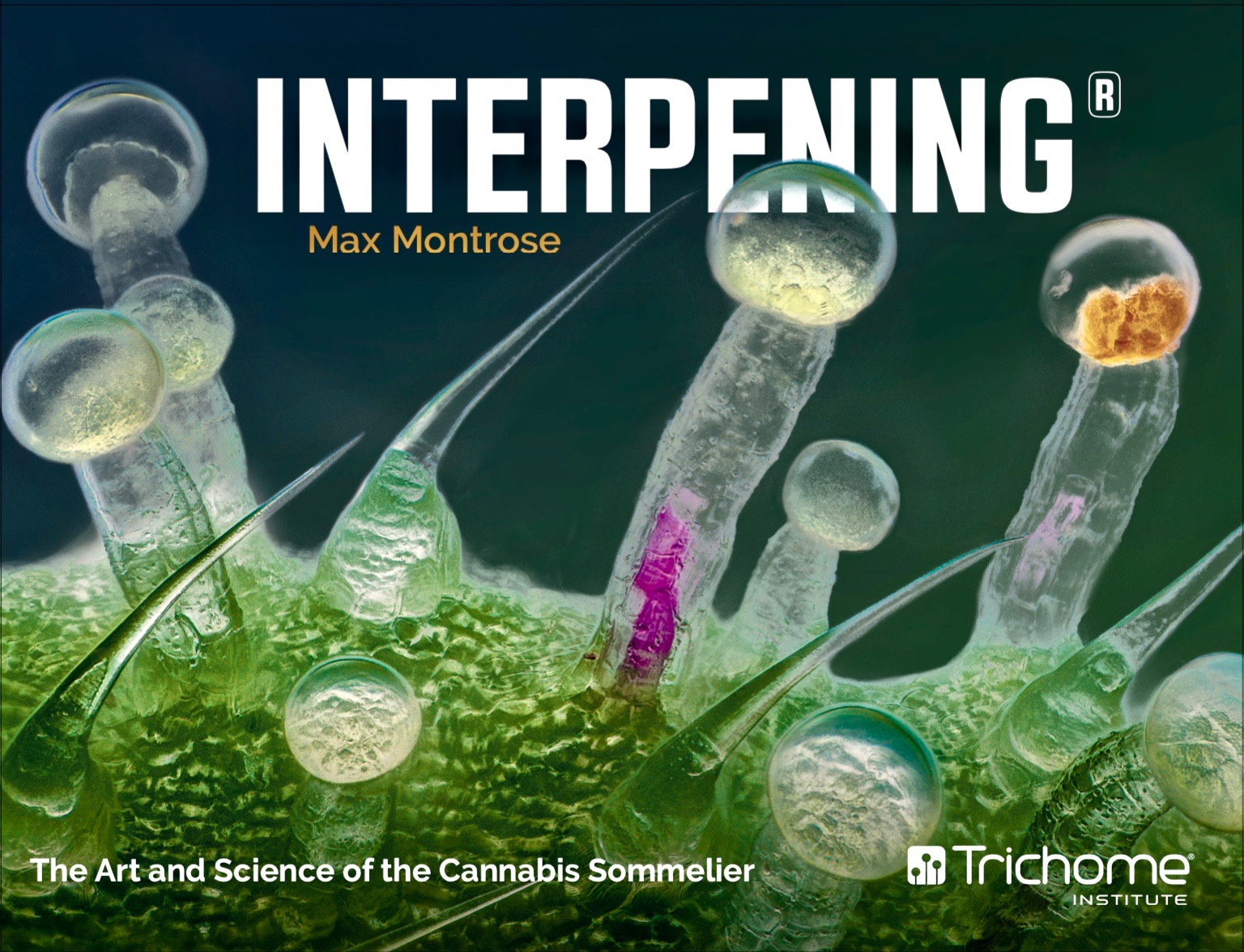 The idea of interpening, which is predicting the psychoactive effects of different hybrid cannabis types, can be a little complex. We have waited many years for a team of scientists and an objective approach to test aspects of interpening, which recently became available. The company, Abstrax, out of California is a team of scientists and researchers who developed a terpene super computer capable of detecting the effect differences of cannabis. Abstrax decided to put interpening to the test in late 2020 with some pretty interesting results. Let’s dive into how interpening works, how Abstrax tests cannabis samples, and how they put interpening to the test.

Interpeners cannot access the many cannabinoids in cannabis, such as THC, CBD, CBG, etc., through observation alone because cannabinoids are invisible to the eyes and nose. People can see the ripening spectrum of the collective cannabinoids in the plant within the trichomes using the naked eye or microscope. The ripening stage of cannabinoids, however, will not tell us which cannabinoids are present and at what percentages. Cannabinoids are accurately detected with HPLC (High Pressure Liquid Chromatography) which interpeners don’t utilize when evaluating cannabis. Many people believe the greatest effect differences of cannabis are due to the cannabinoids such as THC and CBD. This old-school idea has changed over recent years as people learn more about the plant, and now consumers are beginning to understand that the effect differences of cannabis are due more to terpenes than cannabinoids.

Cannabis produces anywhere from dozens to over 400 individual terpenes within a single variety, and the types of terpenes within the different flowers play a major role in the effects experienced when they’re inhaled. People can smell the dominant aromas like citrus, pine, and “dank” (limonene, pinene, and myrcene) within the mix of terpenes when they smell weed, but they cannot smell the hundreds of individual terpenes on any given cannabis sample. Interpening is an art and science that suggests terpene groups can be physically felt in different parts of the face and that these qualities relate to a particular type of psychoactive effect. Terpenes are responsible for the different ways cannabis makes people feel, such as stimulated or sedated, including the effects in between. These differences  are frequently and wrongly categorized as “Indica or Sativa.” Indica and Sativa are old-school categories for species or subspecies of cannabis; they are plant types, not effect types. 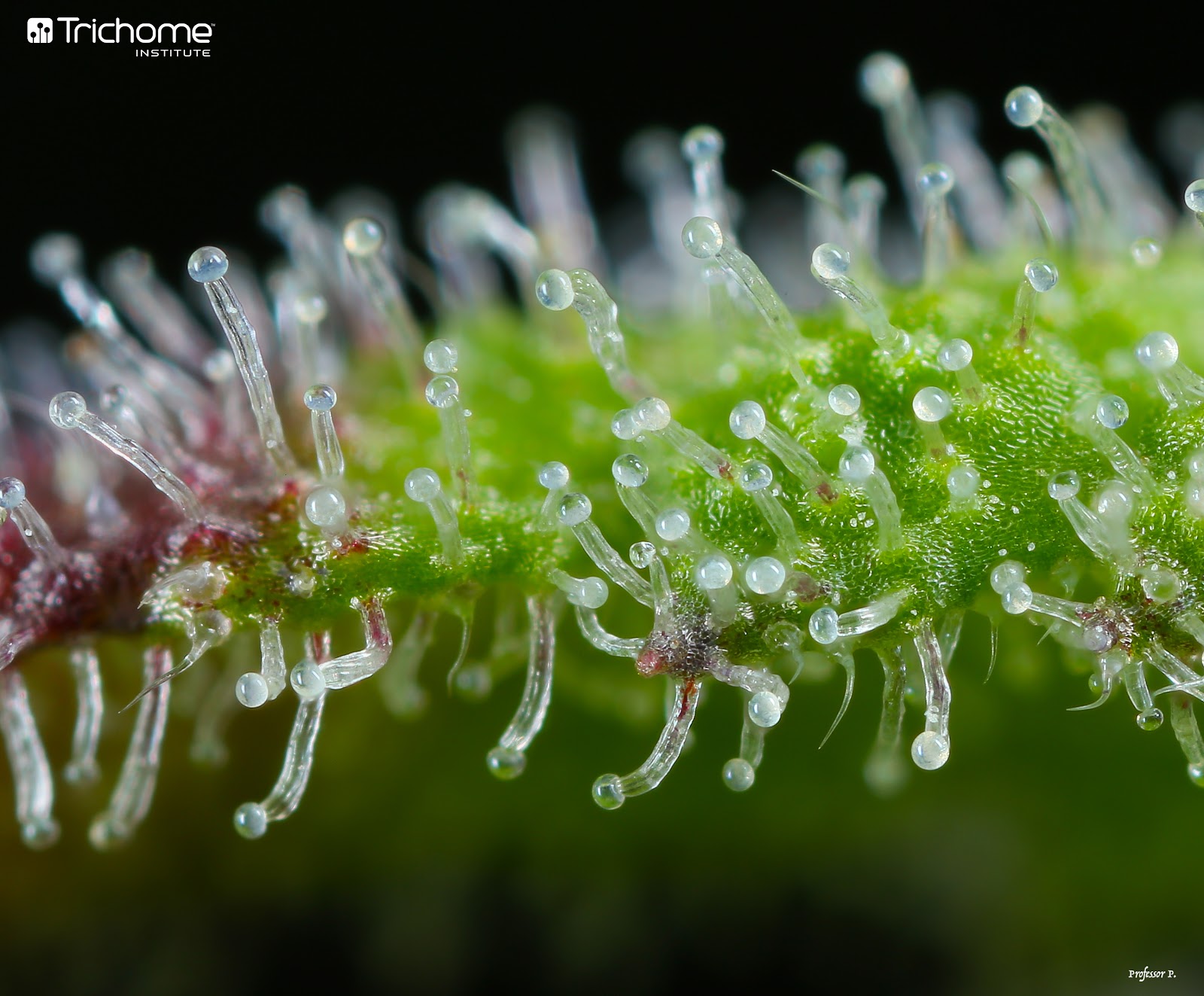 The science behind the effects of different hybrid cannabis is based on the types of conglomerated terpenes present within different ratios that produce the different effects. Say a sample of cannabis has 100 terpenes; each terpene has a certain chemical effect, and at different strengths. D-limonene and A-pinene both produce uplifting effects, whereas linalool and myrcene produce relaxing effects. Consider this as an example; a cannabis flower has 70 stimulating terpenes with the other 30 being more sedative in nature. With a 70/30 variance, the majority of the terpenes present should produce more of a stimulating effect. Interpening suggests that you can sense this 70/30 variance by paying attention to where the terpene molecules are felt to stimulate  the trigeminal nerve.

The art of interpening is to determine where the specific terpene ratio/clusters of terpene effect types are felt between the maxillary and ophthalmic zones of the trigeminal nerve; this assists in predicting the effect of the flower. Attending to the stimulation in the face within these zones, in combination with their visual observations of the inflorescence and dominant terpenes noted by smell, allows an interpener to gauge the psychotropic spectrum of cannabis effects. 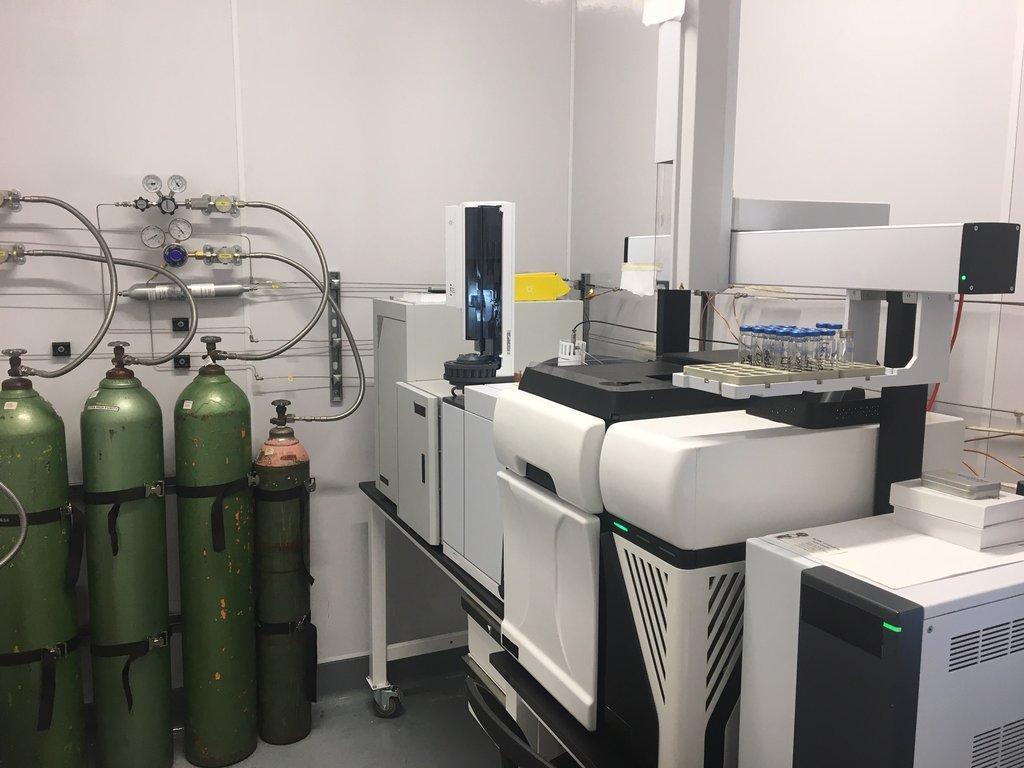 Typically, cannabis industry labs use gas chromatography programs that read for 6, 12, 24, or 42 common cannabis terpene types, which is generally at the discretion or technical capabilities of the lab. What separates the Abstrax lab from other traditional cannabis labs is the amount of terpenes they are able to detect. Abstrax invested millions of dollars and years of research to build a custom terpene supercomputer that is able to read and break down the hundreds of terpenes cannabis actually has—and more, what they mean. The Abstrax terpene test doesn’t just notice hundreds of other terpenes all other labs miss; they can see the terpenes from a bird’s eye view, whereas most other cannabis labs only have a one-dimensional plane of analysis. Abstrax’s process is a 2-dimensional gas chromatographic system coupled with mass spectrometry designed to create a 3D Metabolite Fingerprint™.

Compared with traditional 1-dimensional gas chromatography—a method commonly used in analytical labs—2-dimensional gas chromatography (2DGC) allows for much better separation of compounds (Figure 2), a requirement to correctly identify and quantify them. In short, the operating principle in 2DGC is to first separate compounds by molecular size (x-axis in Figure 2, right), followed by separation of these compounds further by polarity (y-axis in Figure 2, right). This allows for much easier and more accurate identification of each compound compared with a simple 1-dimensional chromatogram (Figure 2, left). Abstrax can then analyze the 2D data in 3D to determine how much of each compound exists (Figure 2, bottom): The size of a peak corresponds to the quantity of a given compound. 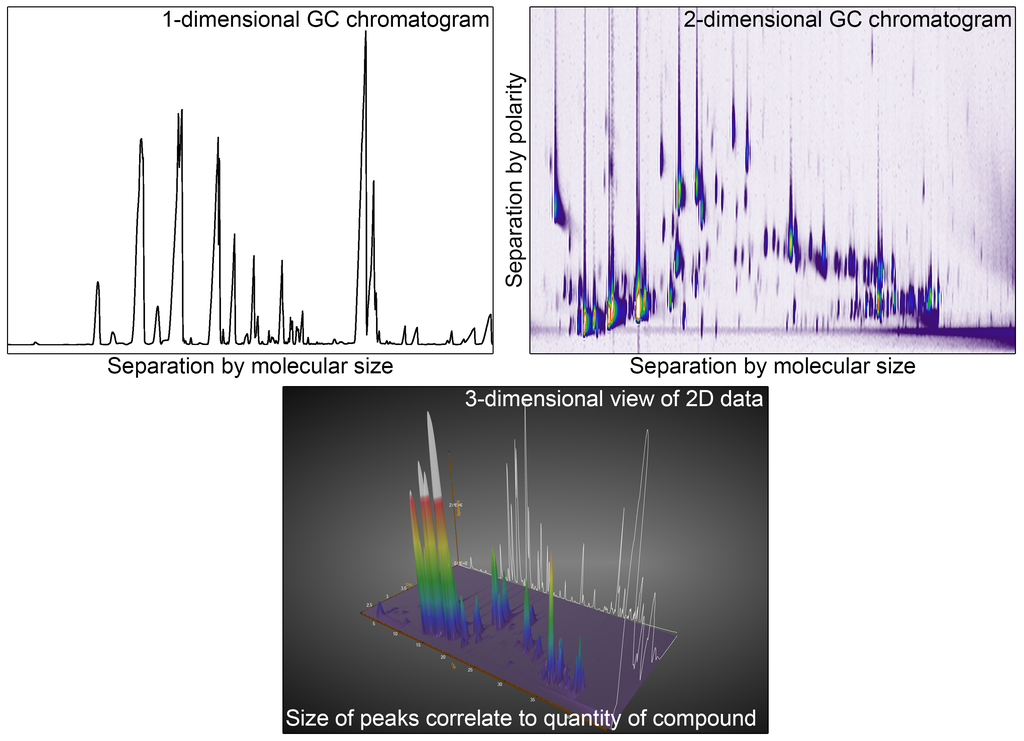 Each spot represents an individual compound. Over 400 terpene compounds have been found in some cannabis strains such as Jack Herer and Gelato. With this powerful analytical technique, Abstrax has discovered numerous important compounds in cannabis that have never been reported. However, the most exciting aspect of this research has been the direct correlation of certain terpenes within cannabis and the effects (stimulating or sedative) they produce.

Abstrax developed a metric they call “Strain Balance” to explain how the major components of a strain relate to one another. This allows for understanding how complex a given strain’s aroma may present itself and what lies behind it. The aroma of cannabis is not only pungent, but extremely complex and difficult to describe. Abstrax finds that in general, strains with a small number of compounds accounting for a high percentage of the total aroma concentration lead to less complex, more targeted aromas. Conversely, strains that have more diversity in their highest concentration compounds often have more nuanced, complex aroma profiles. To approximate this, they introduce the Strain Balance Metric. This metric relates the top aroma compound concentrations to quantify how complex a strain profile is. This is calculated by conducting statistical analysis on the dominant terpenes and normalizing them from 0–100.

This terpene metric allows Abstrax to compare strains and dissect their aromas, which is new for cannabis science and technology. Each detected terpene has a researchable and determined effect type programmed in the Abstrax database.  When all the terpenes are calculated together, it gives a total effect type conclusion of that strain of cannabis. This means the cannabis industry doesn't have to inaccurately guess the effect type based on strain names, indica, or sativa. Now, consumers select the effect they are looking for with their cannabis. 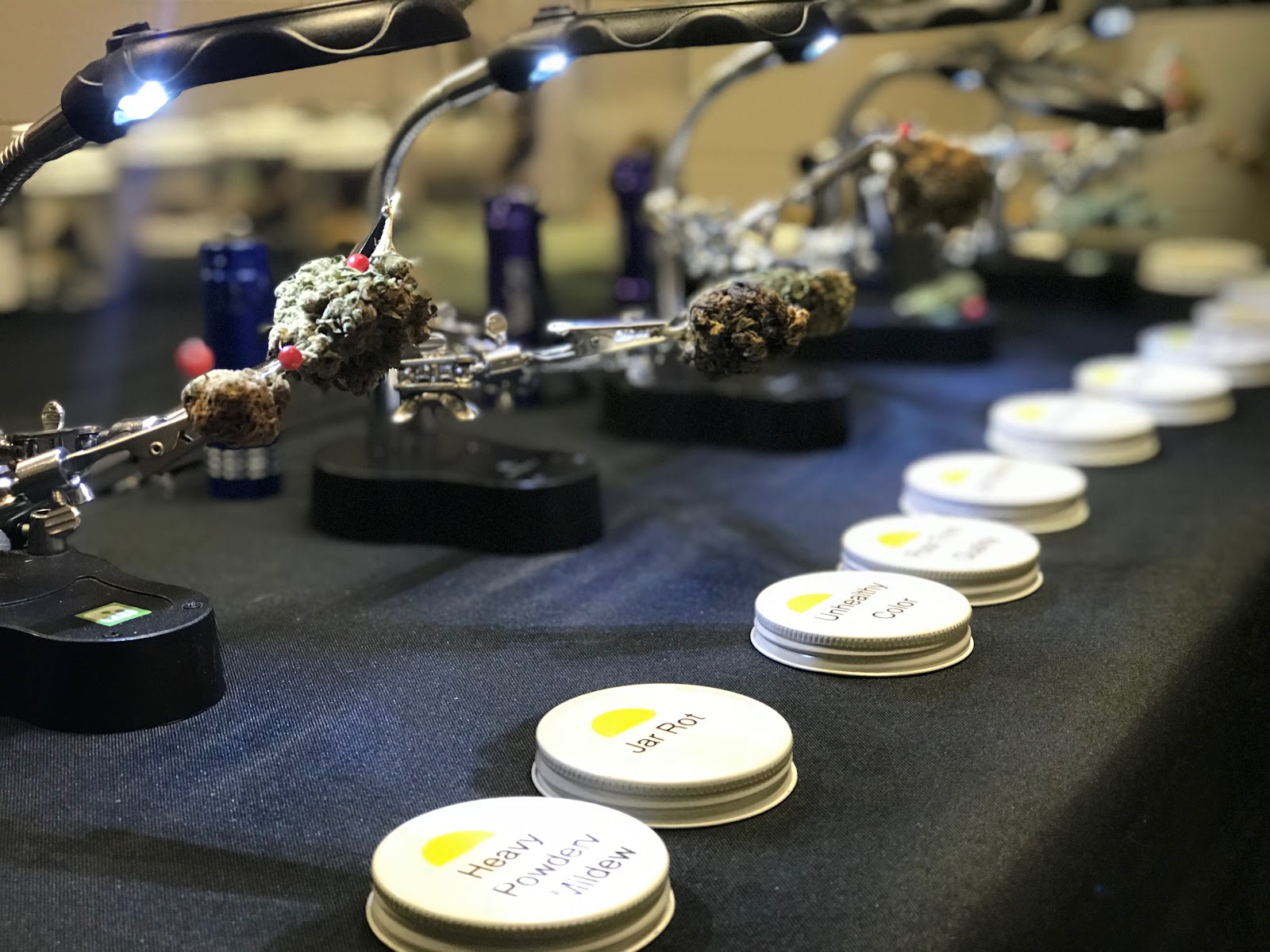 Putting interpening to the test!

In September 2020, Abstrax analyzed many unique cannabis samples and invited me to come test my cannabis sommelier/interpening process, and compare the results. Abstrax invited a few dispensary owners to observe this experiment along with their in-house scientists. I walked the Abstrax scientists through the visual and olfactory interpening process, and evaluated each sample of cannabis that Abstrax previously lab tested before I arrived. I pointed out different elements of each flower’s shape, color, smell, form, age, pungency, and trigeminal nerve stimulation. At the end of each flower evaluation, I categorized the effect type within the five effect types Trichome Institute suggests exist within cannabis. I matched all but one of the flower samples with the data Abstrax previously tested before I showed up to the challenge! How about that?!

This first level of testing the validity of interpening needs further research, which will happen over time. Nonetheless, this was the first objective testing of interpening, and the results are pretty exciting. This experiment demonstrates there is no longer a need to use strain names with a THC% the way the black market and current industry uses. We don’t expect strain names, or Indica vs Sativa, to go away anytime soon, but educated consumers can now have a basis for a deeper sense of what cannabis is and how it works due to this work.

Patients and adult-use consumers alike can have more control over their cannabis experience, which benefits both the customer and dispensary. This has a high potential to increase sales and customer retention, and mitigates negative experiences in ways the industry hasn’t been able to offer its consumers before. This paradigm shift and approach to cannabis is a gateway for a world that is about to treat weed like wine, and it's about damn time.

Can marijuana change your personality?

The Trichome team has been working on a lot of internal development since quarantine started in...