CBD and other Cannabinoids from Yeast

I've known about biosynthetic cannabinoids for a while, but I never really dove into the research.  Thankfully, Matt over at www.cannainsider.com recently had a podcast that explained it all.

Kevin Chen, CEO of Hyasynth Bio, makes cannabinoids out of yeast.  Instead of having a garden with soil, plants, sunshine, water, and months of time, Kevin grows cannabis with a big steel tank, water, yeast, air, and sugar, all in about a week.  The genes of the yeast are modified to produce cannabinoids, which are extracted from the yeast culture once it's done fermenting.  Common names for this process include genetic modification, synthetic biology, biosynthesized, cellular agriculture, and others.

Check out the Hyasynth Bio website for a simple explanation on how their entire process works.

I realize a lot of people cringe when they read or hear things that include "genetically modified" or "synthetic", especially when it comes to cannabis, but interestingly enough this process is the same as how penicillin is made, which saves countless lives every day.  Although I'm an advocate of natural medicine and organic farming practices, I'm equally fascinated by how Kevin breaks down the many benefits of synthetically created drugs.  Maybe your opinions on synthetic cannabis products will change a bit like mine have after you read this blog and listen to the podcast?

Something that I always try to keep in mind since I started working in the cannabis industry, is to take everything with a grain of salt.  There have been so many things I've been told to be true about cannabis, that ended up being totally false.  Now I approach everything I research with a touch of skepticism, until the "truth" can actually be verified.  That said, as much as I'm an advocate for natural and organic cannabis from the Earth, I'm no longer against yeast cultured cannabinoids, especially because of the sustainability benefits that are clearly black and white. 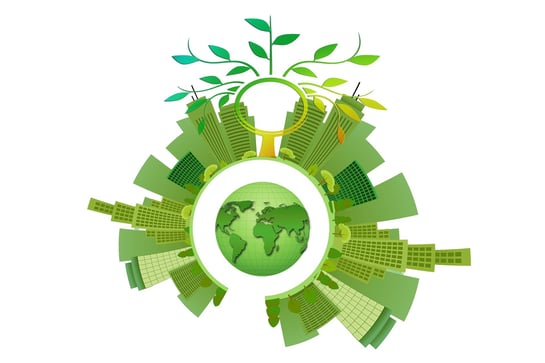 At the end of the day, cannabinoids help people and save lives - so why would it matter where they came from?  If someone is able to feel less stressed or anxious, reduce pain, or minimize the amount of seizures they have, I don't think most people are going to be picky about what's allowing them to have a better quality of life.  I don't want big Pharma to own the cannabinoid space, but even the "Godfather of Cannabis" himself sold a lot of his research and patents to GW Pharmaceuticals...wtf?

I think everyone should have the freedom to grow their own cannabis, but even if it were legal, a fraction of cannabis users wouldn't be able to, or just wouldn't care to.  There is also going to be a plethora of people that won't use cannabis, yet if a doctor gives me a prescription for something that comes from a pharmacy, they will confidently take it, even if it's a cannabinoid.  Those people deserve to benefit from cannabinoids too!

So where can we find the balance between home growing, the cannabis industry, and Big Pharma?  I have no idea.  Federal legalization is going to be the first big step in figuring this all out.  As law and technology come together and expand the potential for cannabis, really exciting things are going to happen.

Please check out the podcast and comment with your thoughts!

A lot of people talk about cannabis and alcohol in the sense of whether or not they should be...

Can hemp get you high?

Politicians and lawmakers may not want to hear this information, but I think many of you will.